When we were discussing Gator Men the other day, reader Dan Boggs mentioned Maggot Men as another typical Arnesonian invention. This strange race appeared in Garbage Pits of Despair, a Blackmoor adventure written by Dave Arneson and published in Different Worlds Magazine #42 and 43 (1986). 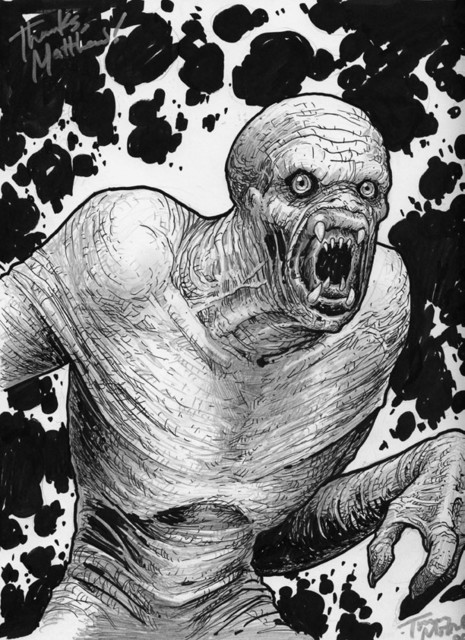 Maggot Men men are described as having "the bodies of maggots and the appendages of a man". They have sickly pale skin and sinister looking eyes. Maggot Men live in deep holes where garbage and other organic refuse can be found. They live off this garbage and will eat just about anything, including zombies; a particular deicacy among these creatures. Maggot Men are usually found in fairly large groups (1-20) and even bigger groups in their main underground lairs. They keep a race of spider-like creatures, known as Carcus Critters as pets. They feed these toothlesss critters with slimes, jellies and puddings. Maggot Men are known to be cowardly and not very bright creatures.

The origins of this race in the setting are unknown. Did some evil god create this race, perhaps through cursing another race into becoming "like maggots", or are they the creation of some wizard looking for a way to dispose of his garbage?