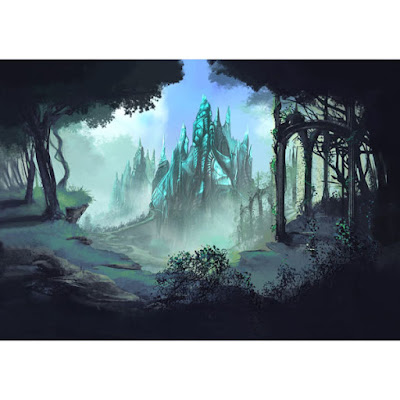 As mentioned in yesterday's blog article, Blackmoor Week, the week leading up to the annual celebration of Dave Arneson Game Day has now begun!

In association with The Comeback Inn and The Piazza, this blog attempts this year, like every year to provide an overview of everything Blackmoor related that happens during this week. Several people have already announced that they will participate in the event and more are joining in!

For more details on what's going on, don't forget to visit the following places on the Internet:
FREEBIES
Today's Blackmoor Freebies are 3 issues of Blackmoor Rampart. This newsletter was createt during the Blackmoor Zeitgeist Games era and are now available once again. Currently 8 issues are available at the Comeback Inn.

Get your free downloads here.

(If you are not yet registered at The Comeback Inn, you will have to follow some simple instructions before you can get to the goodies, but it might be worth it!)

WHY DON'T YOU JOIN US?
Anyone can participate in Dave Arneson Game Day. If you have written something that I haven't noticed, ran a game and posted some pictures or a game report, let me know by posting in one of the forum links above.
Also, make sure to sign up for this year's Dave Arneson Game Day!
-Havard
at September 28, 2020