5 Reasons Why Building a Blackmoor Community is Hard 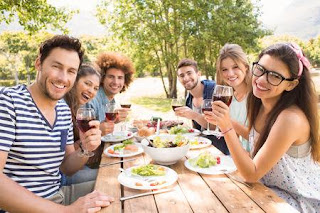 Its been more than 16 years since I  first set up a website dedicated to Blackmoor. Later I also started this blog and with the help of several friends we started the Comeback Inn Forum. It has been an amazing journey, but not without some frustration along the way. It is impressive to see how forums like Canonfire, The Piazza, Dragonsfoot or OD&D74 have grown into such vibrant communties. Sometimes it makes me a little disappointed that there is so little activity in the community we have tried to build for Blackmoor.

Building any fan community online can be very difficult. The Golden Days of Forums may (or may not) be over and even D&D fandom might not be in the same position we were during the 3E/OSR heydays of the early 2000s. However, I want to look at some things that present unique challenges for building a Blackmoor community

1. BLACMOOR IS A SMALL NICHE
Blackmoor is an extremely important phenomenon and its ties to D&D history is unique. However, very few people ever used Blackmoor in their games or if they did it was just for a brief period of time. There are many reasons for this, but one of them is that Blackmoor never had that many products linked to it before Zeitgeist Games started publishing the D20 Blackmoor line. This means that even though Blackmoor predates most other D&D Worlds, it lacks the long history of fandom that worlds like Greyhawk, Forgotten Realms or even Mystara possess.


2. PEOPLE LIKE TO READ, NOT POST
I am super happy when people take the time to comment on this blog or post on our forums. That is really something that keeps giving me inspiration and also helps me know if I am moving in the right direction or if I'm posting things people aren't interested in. But even when people don't comment, I notice that alot of people are reading my stuff. So even though you have to take into account that there are bots and other things that might inflate statistics, there are apparently people who find these things interesting without ever letting me know about it. That is okay too. But if you have the time to leave a comment ever once in a while, know that it will put a smile on my face.


I have also been made aware of the fact that some people are mainly out there to steal research and ideas and put them into their own published material for profit. For a while this almost made me stop posting. It is extremely frustrating knowing that people will do something like that, especially when I am usually willing to allow people to use most of my material just as long as they give me credit. That's not alot to ask is it?

Ultimately though, I realized that I can't have this annoyance at content thieves prevent me from writing about the things I love. I love doing the research, coming up with ideas and sharing these things with others who love the same thing. Lets just hope Karma comes along and kicks those thief butts. 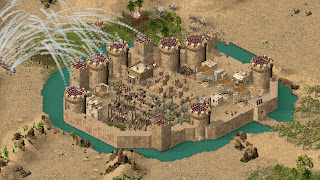 3. PEOPLE WANT TO SET UP THEIR OWN COMMUNITIES INSTEAD OF JOINING
I don't own Blackmoor, or the history of Dave Arneson's Legacy. But we have been working our butts off for this for a long time. If people want to set up their own forums, groups, blogs etc for Blackmoor, that is great too. I will usually join those places and see if anyone wants to talk to me there. However, when people invite me to their places to talk about Blackmoor, I do think to myself: Hey, sure I can join YOUR place, but maybe you do me the courtesy of joining MY place too? And for more than a single post with a link to YOUR place?

So, please create your own places and show your dedication to our shared fandom, but if we all sit in our own houses, that's not much of a community. If you join us, we will join you too!

4. BLACKMOOR FANDOM IS FRAGMENTED
We have Old School Blackmoor Fans, Mystara Blackmoor Fans, Greyhawk Blackmoor Fans, D20 Blackmoor fans and many others. My dream was always to get these different groups to get together and talk about our common love. But this proved to be incredibly difficult from the start. Many old school fans didn't even want to look at the D20 line due to it being associated with that specific ruleset. Many D20 Blackmoor fans, the ones who learned about Blackmoor during the d20 Era, ended up being a less loyal fanbase, being more fans of the system than the world itself.

This isn't true about al of them though, and we do have fans from all corners of Blackmoor interracting now at The Comeback Inn and other places. 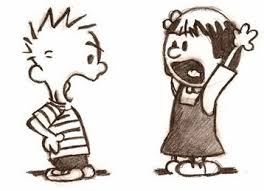 5. THE SHADOW OF CONTROVERSY
To some people the main interest in Blackmoor and Dave Arneson is to dig up dirt from the old Gary vs. Dave debate. Some support one or the other. Others again are just looking for a fight. We need to move away from that. Both men have passed away. The truth of what really happened is complicated. It requires careful examiniation, not people shouting at eachother. It also makes some people so uncomfortable they rather stay away or stay silent. That's not what we need!

But more importantly, Blackmoor fandom has so much more to offer! Our examinations of what Dave Arneson did in his campaign should not always be about what he did before or after Gary. Let us look at Dave Arneson's world out of its own wealth of ideas for the sake of getting inspiration from those ideas. Not everything needs to be a competition. What can Blackmoor offer your games today? THAT is what we should get together and build our community on.


FINAL WORDS
Building a community is always hard. That doesn't mean we stop doing it. We are here because we have a common passion. Come and join us! We have some amazing people with us already. Some who have played with and known Dave Arneson. Others are just fans like you.  Speak up. Ask questions. Don't be afraid to ask stupid ones. Share your ideas. We can only build this together!