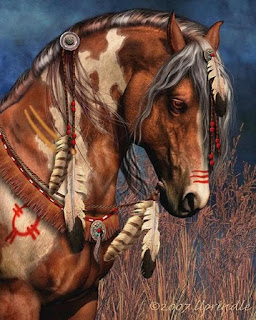 Its been a long time since I started uploading the Blackmoor adventures from the MMRPG series to the Comeback Inn Website. While they were considered unofficial, they were organized by Dave Arneson's company while they were publishing Blackmoor for the D20 line and eventually for Dungeons & Dragons 4th Edition and ran all the way untill the lisence was discontinued by Wizards of the Coast after Dave's passing.

And here we are. The final episode of the series:

"In 1299, a new age is dawning, and the Peshwah Nation is in need of aid. Unsure of who to blame for their horses disappearing from the Plains of Hak, they are seeking the help of outsiders. Can you discover the thieves, return the horses of the Peshwah and identify the culprits?"


Set in in the Age of the Wolf era of Dave Arneson's Blackmoor, this is the second adventure written for D&D 4th Edition and the final adventure ever written for the Blackmoor tabletop MMRPG line.

Is that the end then? Have no fear. We have more MMRPG related goodness that will be revealed here at The Comeback Inn in the coming months, although we are getting close to sharing what we have uncovered from the vaults now.

Also, there will be more unofficial Blackmoor 5E adventures released as well. Make sure you have all the previous MMRPG adventures downloaded safely on your HDs.

But first, enjoy this last adventure of the ZGG/CMP era.

Email ThisBlogThis!Share to TwitterShare to FacebookShare to Pinterest
Labels: Age of the Wolf, MMRPG