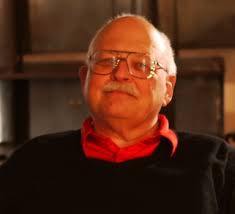 David A. Wesely, creator of the Braunstein Game and player in Dave Arneson's Blackmoor Campaign left a message on this blog for us:

Well, it is now 21:30 on 1OCT19, and my computer is finally connecting me to the Dave Arneson Game Day event. I have seen announcements that it would be happening today for several weeks, but I have never been able to get connected until now, when it is pretty-well over. While I have been having nothing but trouble getting connected, it looks like you guys had a good time today. Best wishes to you all. Maybe next year I can find a local group with which to celebrate. This year I spent picking apples and carrying concrete blocks - fun, fun, fun! Happy Birthday, DLA !


Wesely's role in the history of RPGs is so significant some credit him as the true inventor of the genre, so having his support is incredibly encouraging for the work we are doing here! :)

Dave Arneson Game Day 2019 was a huge success! Thanks to everyone who voiced their support and posted comments on Twitter, Facebook, The Comeback Inn, The Piazza, OD&D74, ENWorld, Dragonsfoot and elswhere. A big thank you to all of Dave Arneson's friends and family for your  support. This is why we keep doing this!