Still hoping that Wizards of the Coast will get around to releasing more TSR era Blackmoor modules beyond the DA2 PDF I wrote about back in February, I was reading through product descriptons of modules from the dndclassics.com PDF store:


"Following the 1985 departure of Gary Gygax, Lorraine Williams is said to have purposefully cut out Gygax's friends and supporters. Thus Dave Arneson's Blackmoor adventures came to an end, and the third Lendore Isle adventure was never published by TSR."

I generally try to stay away from the feuds and disagreements happening decades ago in TSR, especially since I wasn't there at the time, but this statement struck me as quite odd with regards to the Blackmoor modules. 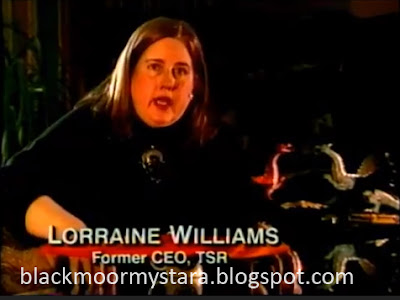 Now assuming that the description is true and that Lorraine Williams, CEO of TSR since 1985, did let such personal feelings affect business decisions, why would the Blackmoor modules become a target? It is well known that after Dave Arneson took TSR to court in the late 1970s, Arneson and Gygax never again were fully reconciled. On the other hand, Gygax did reach out to Arneson about getting the Blackmoor modules published. Gary would have recognized the historical value of the Blackmoor Campaign within the RPG hobby and probably also saw the business potential in having the modules published.

This seems to have been one of the last things Gary did for TSR, as the DA modules were published the year after Gary had been forced to leave the company. So, while it seems unlikely that Williams saw Dave as one of Gary's "friends and supporters", perhaps she still considered this to be one of Gary's projects? In any case  the last modules in the series; DA5 City of Blackmoor was never published, even though it had reputedly been completed by Arneson's co-author on the series, David Ritchie.