WotC to Bring Back Old Setting! 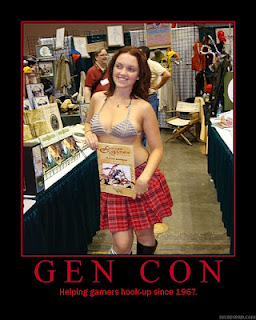 As was reported on The Piazza today by Big Mac, WotC has just announced that they will be bringing back an old D&D setting, presumably for D&D Next. Which setting that will be is to be revealed on GenCon this Thursday!

Is it going to be Blackmoor? Unlikely. Although as Twin Agate Dragons mentioned in the same Piazza thread, Blackmoor would be ideal in many ways. Greyhawk is the obvious choice, but in a recent poll held by WotC Greyhawk ended up fairly far down on the list. As one commenter suggested, perhaps it is "too soon" for another go at Gygax' campaign setting after Greyhawk's return as a default 3E setting.

More details on all of this at the D&D Nexus.